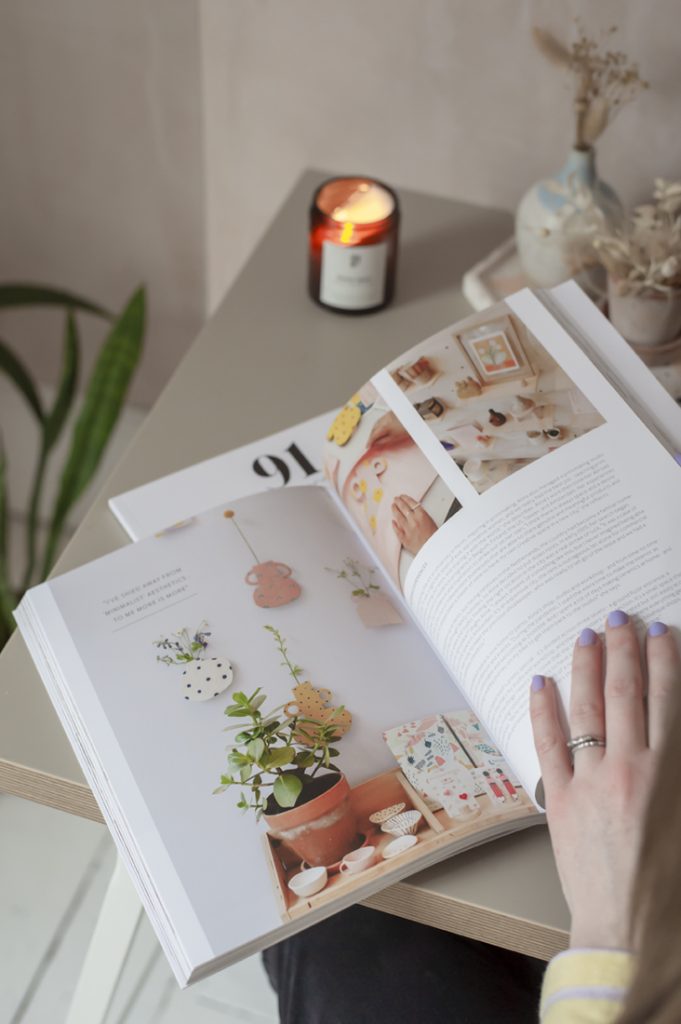 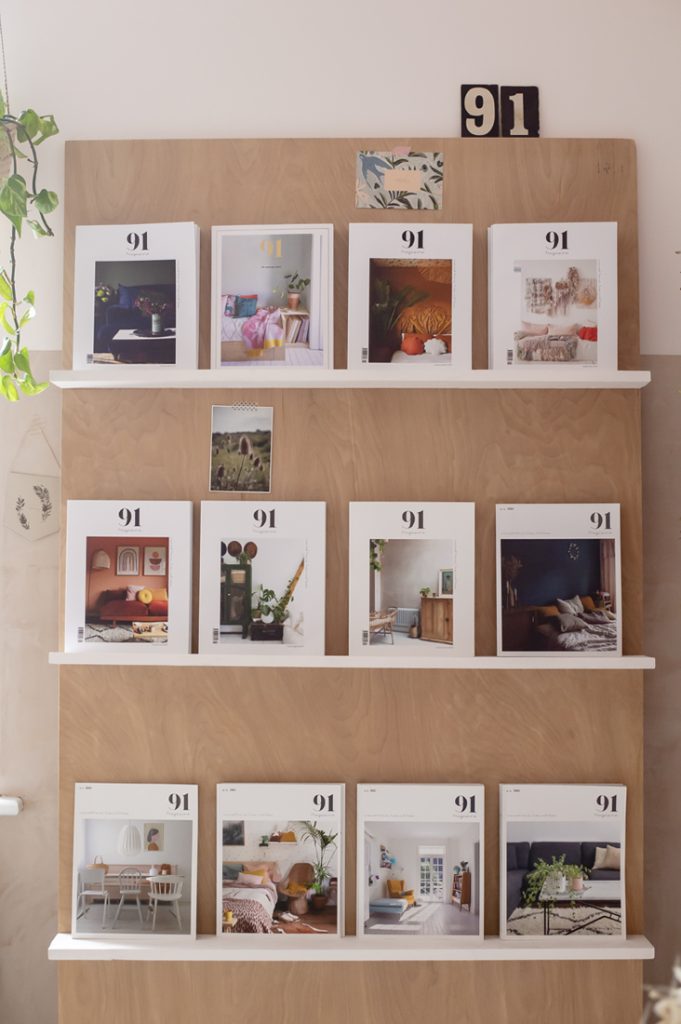 Where it all began

Based in the UK, 91 Magazine was launched in 2011 by founding editor and publisher Caroline Rowland.

A long-time magazine lover, Caroline’s early career was in photo editing, and while working within the publishing industry her love for interiors flourished.

She began blogging, but longed for a tangible, beautifully designed magazine that covered all aspects of creative living – one where the interiors were inspiring, yet attainable, and championed small independent brands and makers. 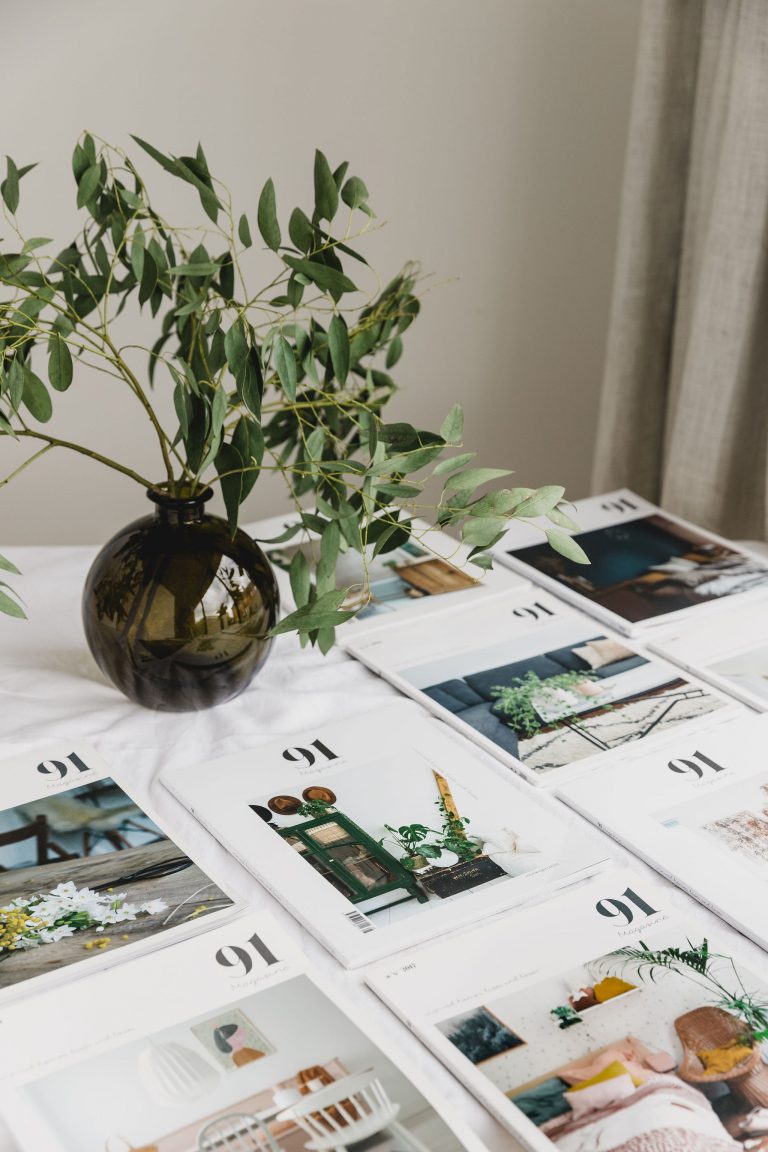 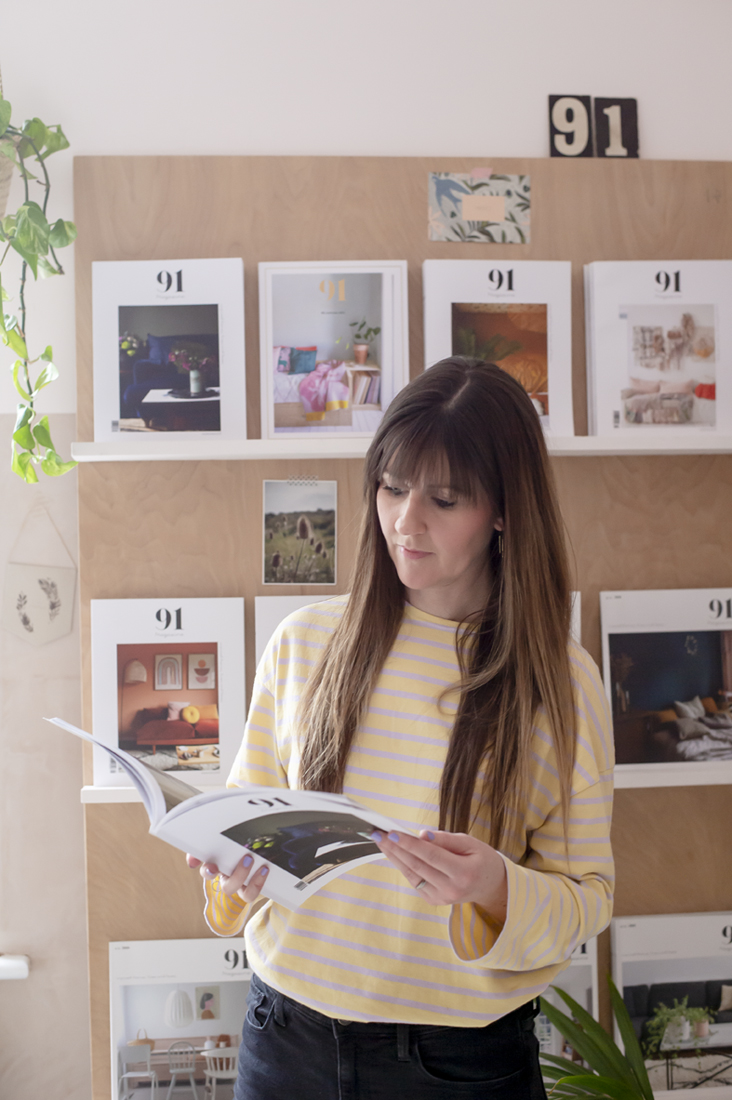 The magazine began as an online-only publication, then in 2016 it was re-launched and became a biannual print magazine, gaining readers and stockists around the globe.

We publish content twice-weekly on our award-winning blog (Amara best interior magazine blog 2017, and best company blog 2019) and distribute a quarterly e-zine for free to our email subscribers.

The magazine itself focuses on creative interiors – homes, shops, cafes, studios – spaces created by people thriving in small business and the creative industries. 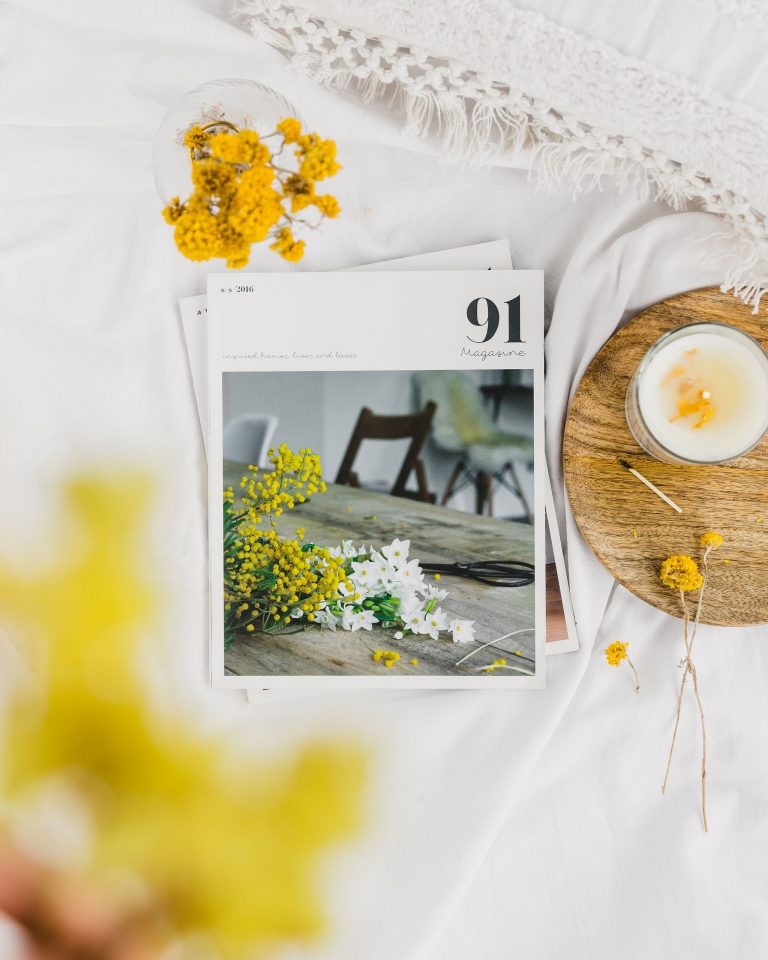 The 91 Magazine blog has been awarded twice in the Amara Interior Blog Awards and Caroline has been shortlisted twice for Editor of the Year in the British Society of Magazine Editors Awards. 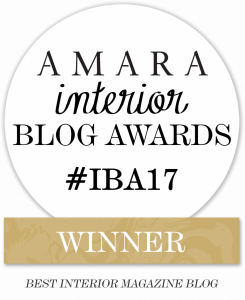 What's on our pages

We champion independent makers, designers and brands, and delve into their worlds and environments for interior and style inspiration, plus insight into their lives of creativity. 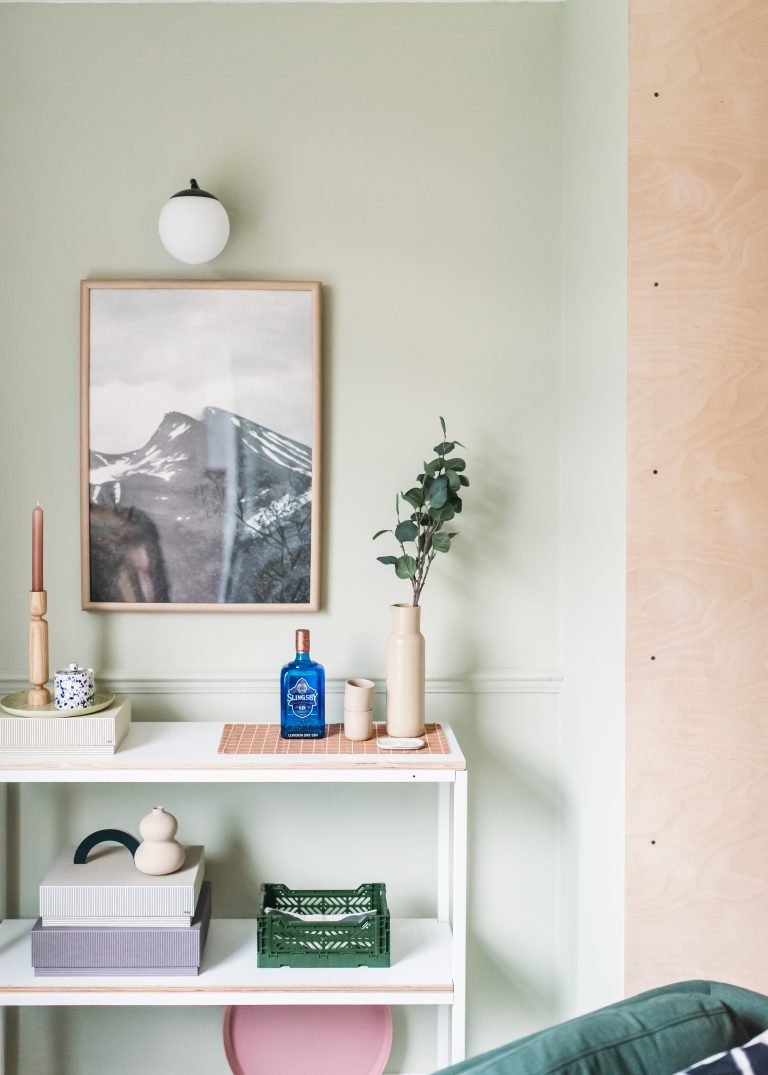 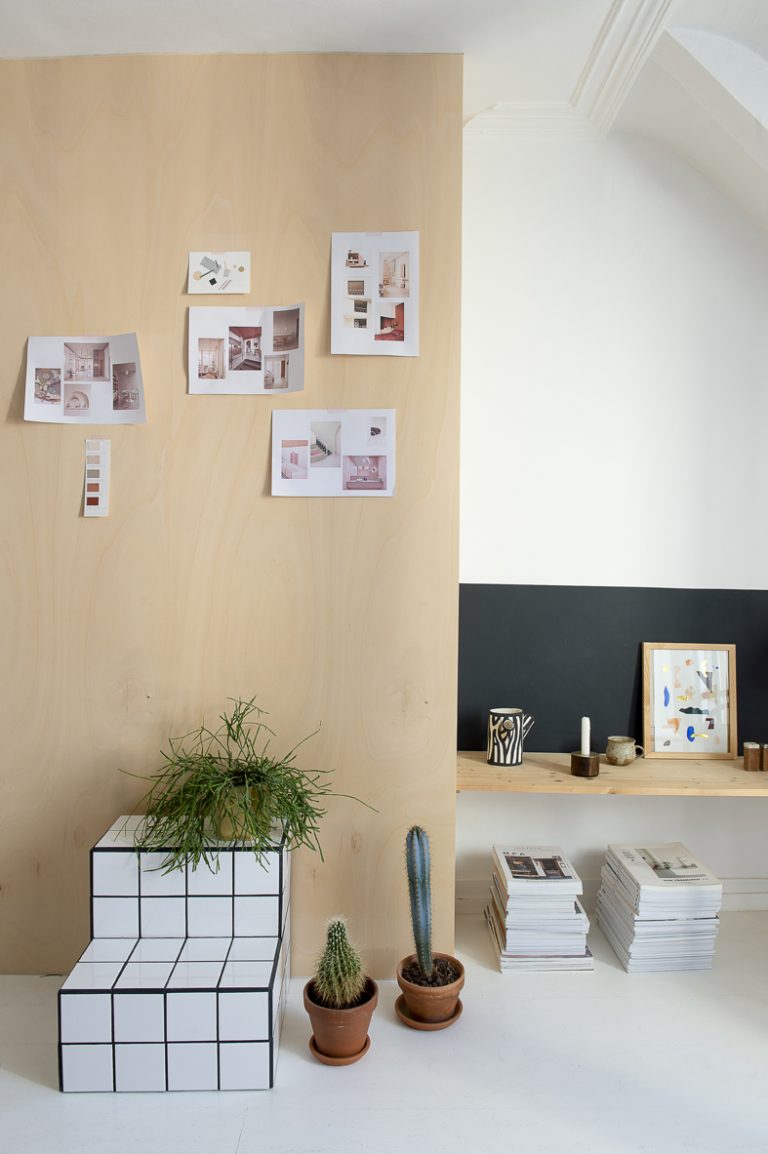 Become a part of 91 Magazine

There are various ways to get involved with 91 Magazine, either as a contributor or to promote your small business. Find out more…

The 91 Magazine editorial team is made up of a group of women, all passionate about creating an independent print magazine that champions interiors for real living, and supports the creative small business community. Led by editor Caroline, the team all work remotely from across the UK, with our designer Mel based in France. 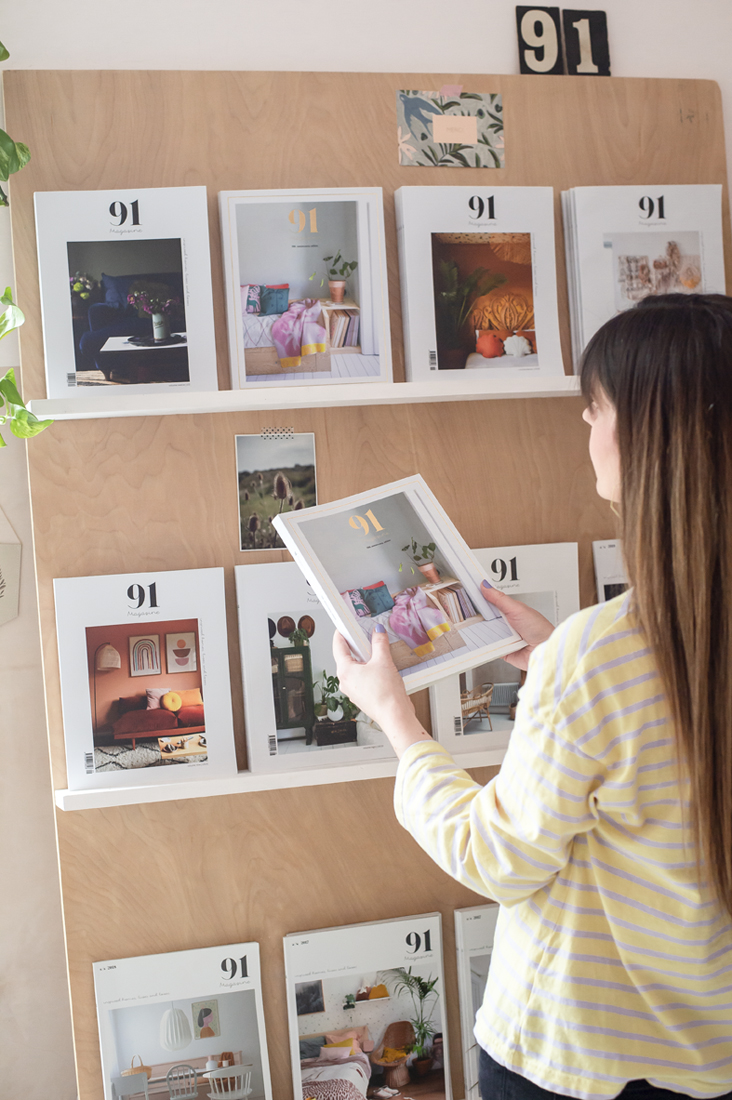 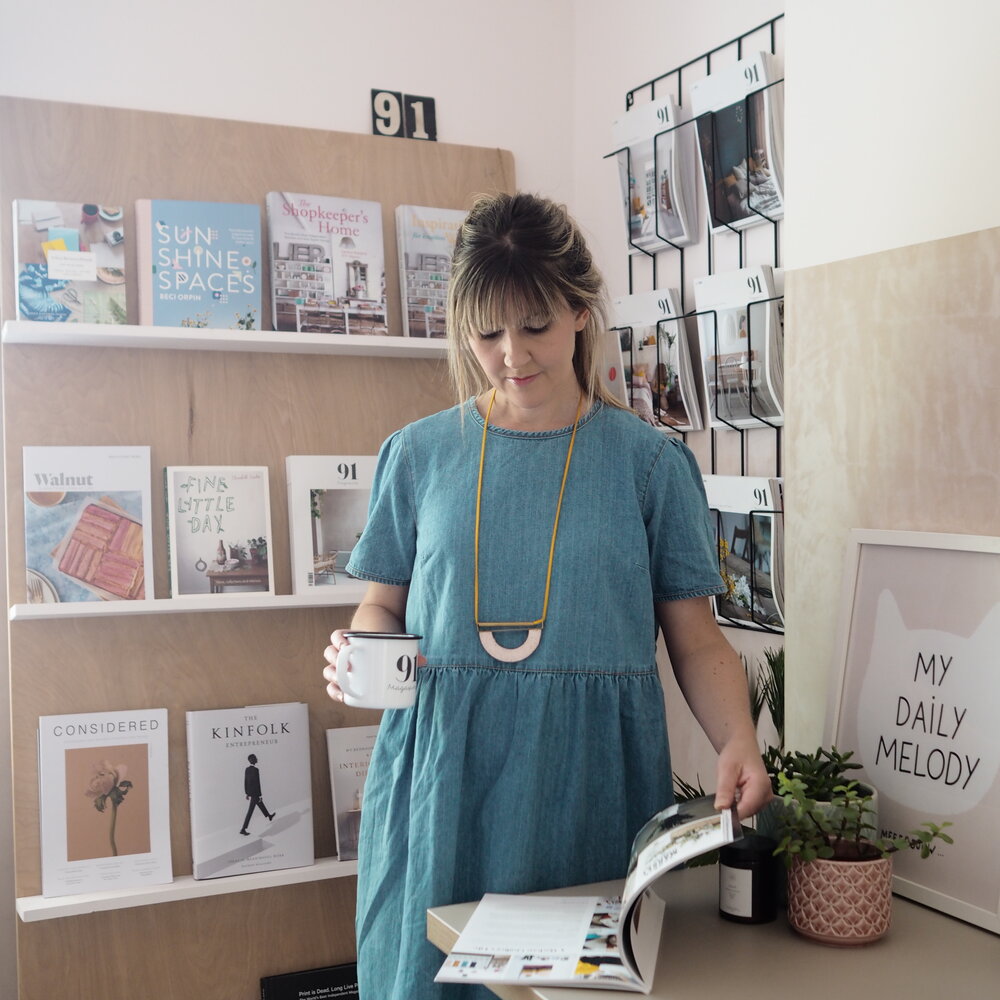 Caroline’s background in business and the creative industries dates right back to when she was in primary school in the 1980s. She and a friend started a members club, charging fellow pupils £1 to join, for which they received a goody bag filled with things they had made, including a badge and a certificate. This first venture into the world of business was cut short, when the teachers discovered they were taking money from the other children and they had to give it all back.

Jump forward to 2000 and Caroline moves from her small village in Northern Ireland to the bright lights of London in search of a career in fashion photography. A year at London College of Fashion proved this was not the right path, so she moved to University of Westminster to complete a degree in Photographic Arts. This was followed by a stint of work experience in New York at Hearst Magazines, and then a career back in London, first with Getty Images then the Financial Times as a picture editor.

Caroline established 91 Magazine in her spare time whilst still working at the Financial Times (as well as running her blog). In 2013, she finally made the leap into the freelance world and has since worked on various projects including her first interiors book – The Shopkeepers Home – published by Jacqui Small in October 2015. She took a break from 91 Magazine in 2015 after having her daughter and writing her book. In 2016 she relaunched the magazine in print with a new look, new website and a new team. Find out more about Caroline’s other work and read her personal blog here. 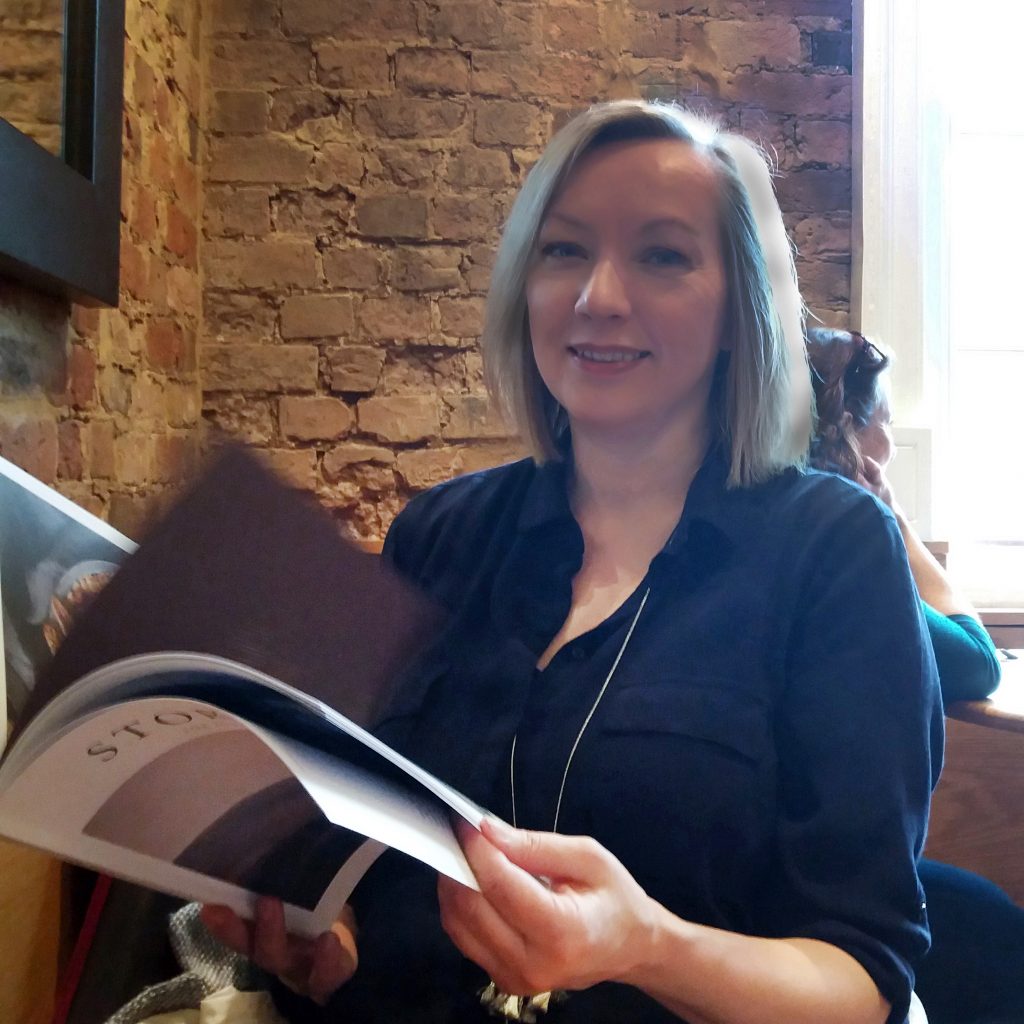 A fascination with what makes creative people tick, and a belief that creativity is infectious is what Sine loves most about working as a magazine journalist.

Growing up with serial-property renovator parents, Sine inevitably caught the design bug early – her young imagination first fired by a new bedroom to decorate each year! After a degree in interior and spatial design, and a few creative career twists and turns (interior design, prop making, arts and heritage marketing, interiors PR), Sine combined her passion for design with her love of writing, and trained to become a magazine journalist.

Editing, writing and copywriting for national and regional magazines and interiors brands, Sine has been contributing to 91 Magazine since 2014 and loves working on features about the creative and entrepreneurial people that are the inspiration behind the magazine. 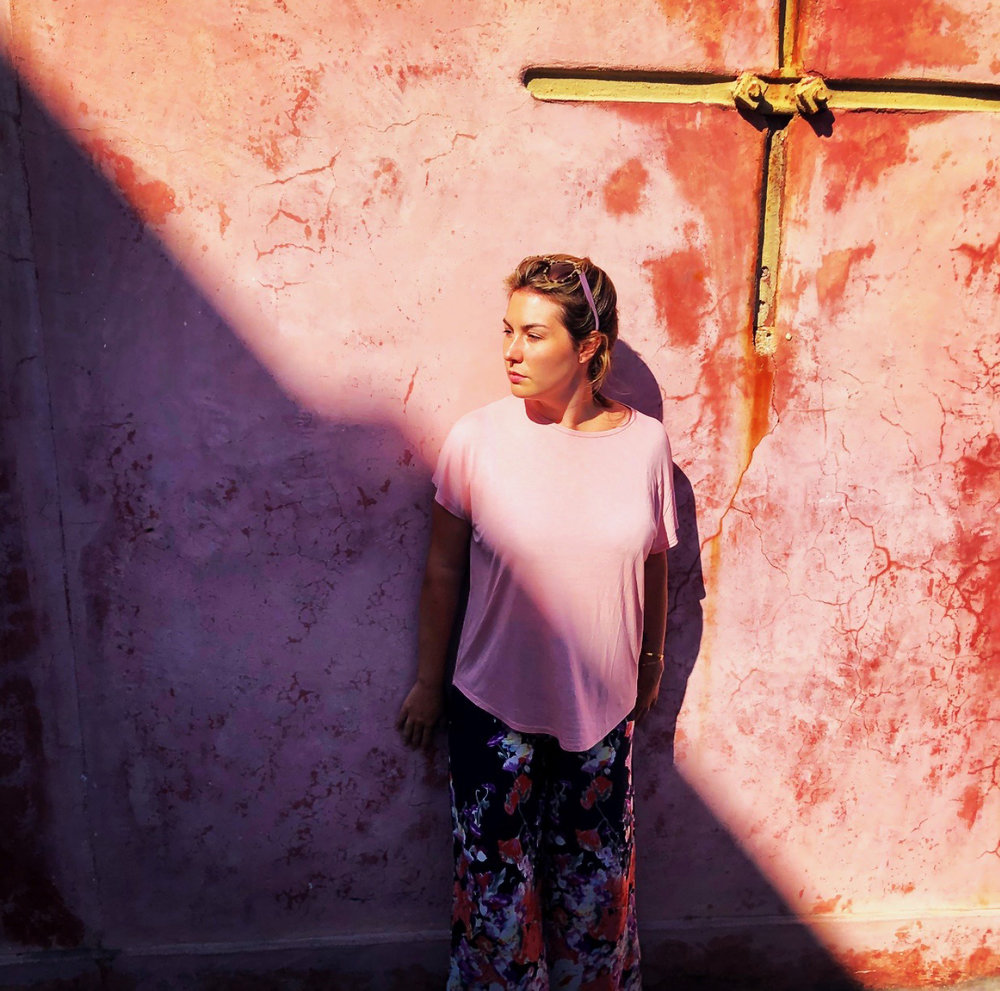 Melissa was determined to study Graphic Design at Central St Martins and knew that her portfolio needed to stand out in order to get accepted. So, she experimented with all sorts of mediums and medias including cyanotype, film photography, body paint, textures, fabrics and of course, print.

Throughout her studies, she developed a true love for layouts, paper and typography. Upon graduating, Melissa gained work experience with designer/makers and independent artists particularly on the London design circuit. She developed logos, branding, visual identities and Squarespace websites for her clients. See more of Mel’s work here.

Between working, she loves to learn about photography and languages and loves exploring London to discover new and unique boutiques and coffee shops. 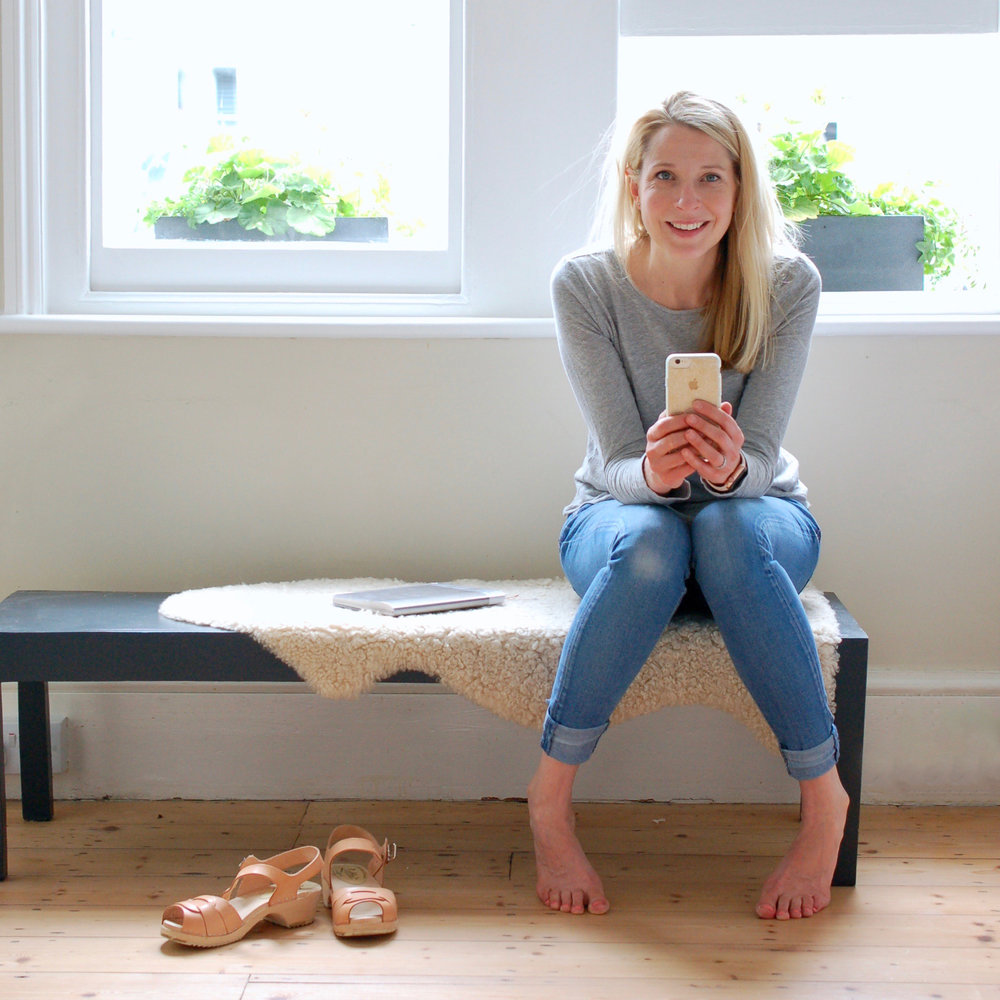 Olivia’s world is surrounded by independent brands and entrepreneurs, both for 91 Magazine and with her marketing consultancy, The BirdHouse. For her, connecting the right brands with readers is like alchemy, understanding their ethos and creating opportunities within 91 Magazine. She came on board back in 2016 and cites some of her highlights as being the print launch at Anthropologie, the makers pop up event at West Elm and accompanying Caroline to receive an Amara Blog Award.

When Olivia isn’t working, her girls keep her on her toes. Given half the chance she loves to drink coffee at home with music gently playing, enjoying a moment of calm to dial into the creative community on Instagram.

Find out more about Olivia’s world via her instagram. 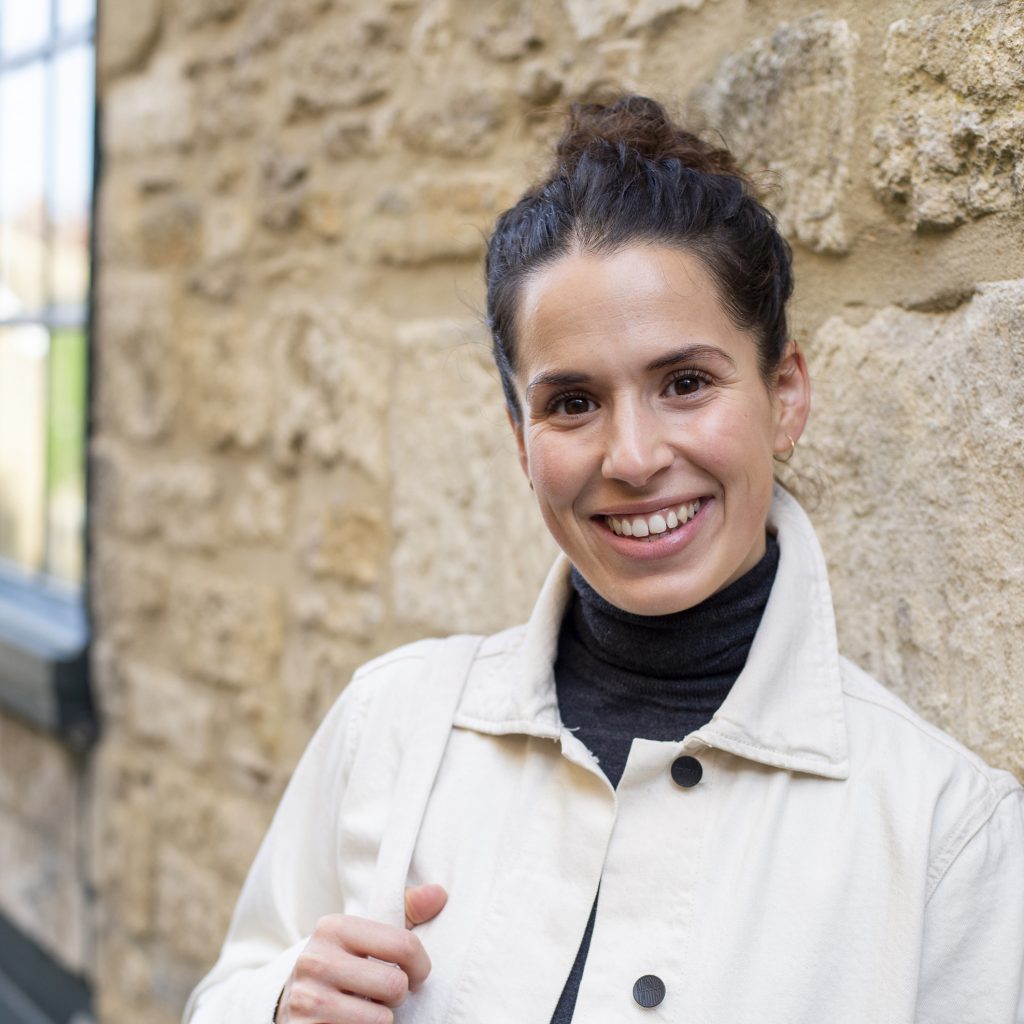 Hannah worked in various industries over the years (events, hospitality and retail) when she and her husband decided to press pause on their careers to go travelling across South Asia. It was during this time of self-exploration and space from everyday life that Hannah had the time to contemplate her next move. She knew she wanted to do something creative, working with an independent brand and with people that inspire her, while still having the freedom to continue soul searching. 91 Magazine has been the perfect place for this and Hannah’s role has evolved organically.

For as long as she can remember Hannah’s grandparents have together created beautiful spaces; her grandfather is a graphic designer and creative, her grandmother, a dressmaker who collects and styles to create wonderful homes and gardens- both a source of inspiration for the work Hannah does now.

Hannah is now also a qualified yoga teacher, hosting classes from her garden studio in Surrey. 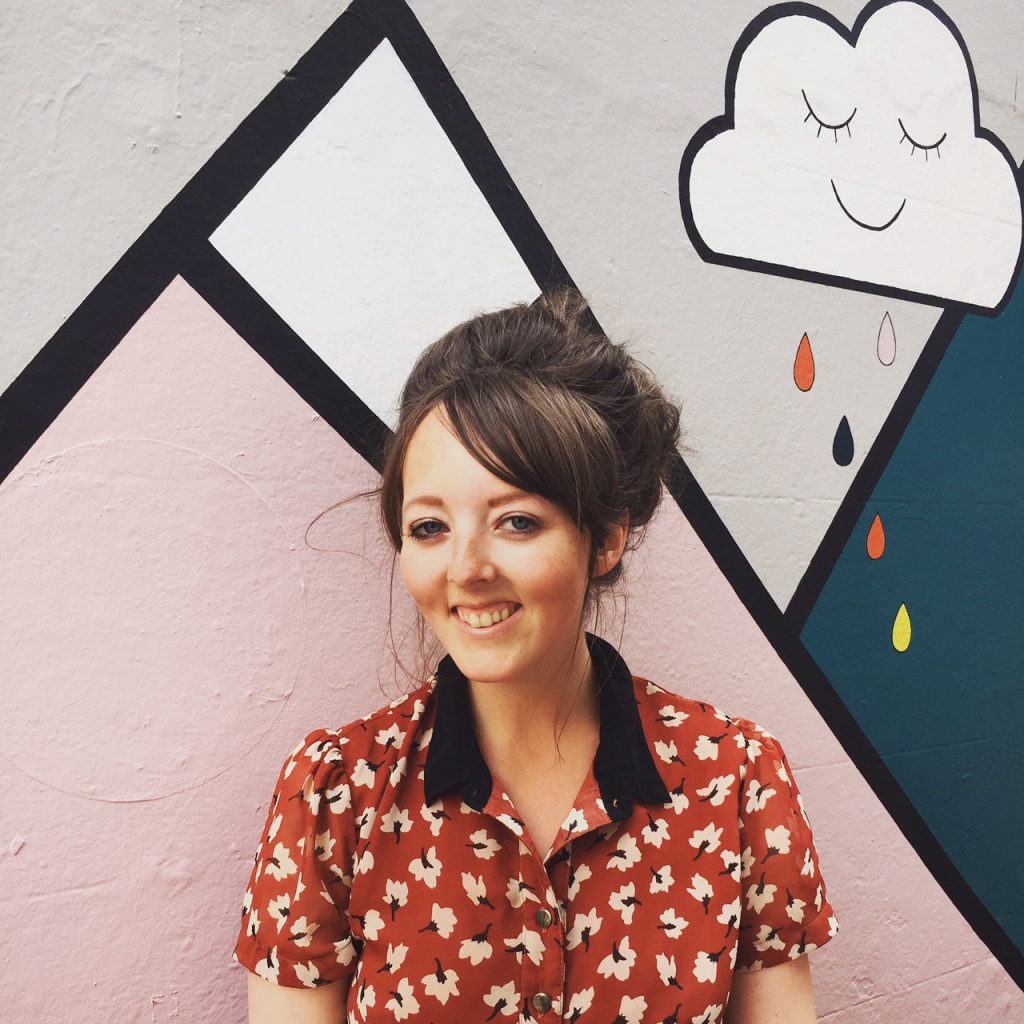 For as long as she can remember, Shelley has loved to tell stories. Even at primary school, in suburban Birmingham, her parents were always amazed at the stories she’d written about what she – and they – had supposedly been up to in the school holidays and at weekends (from visits to the beach to the less likely trip to the moon).

Fast forward twenty years, and after completing a magazine journalism degree, writing for an array of independent titles – including her own online magazine and launching her content consultancy business – Shelley’s love for storytelling is still at the forefront of everything she does. Although now, instead of writing about far-flung fantasy trips, her focus is on helping small businesses tell their own unique stories through their online content and PR.

When she’s not writing, Shelley (who now lives in Brighton), enjoys walks along the seafront, perusing (and unfortunately for her bank account, buying!) the wares of the city’s many independent stores and challenging herself to try new creative hobbies – inspired by the makers she’s met along the way.

91 Magazine publishes twice a year, in April and October, and is available in both print and digital format. 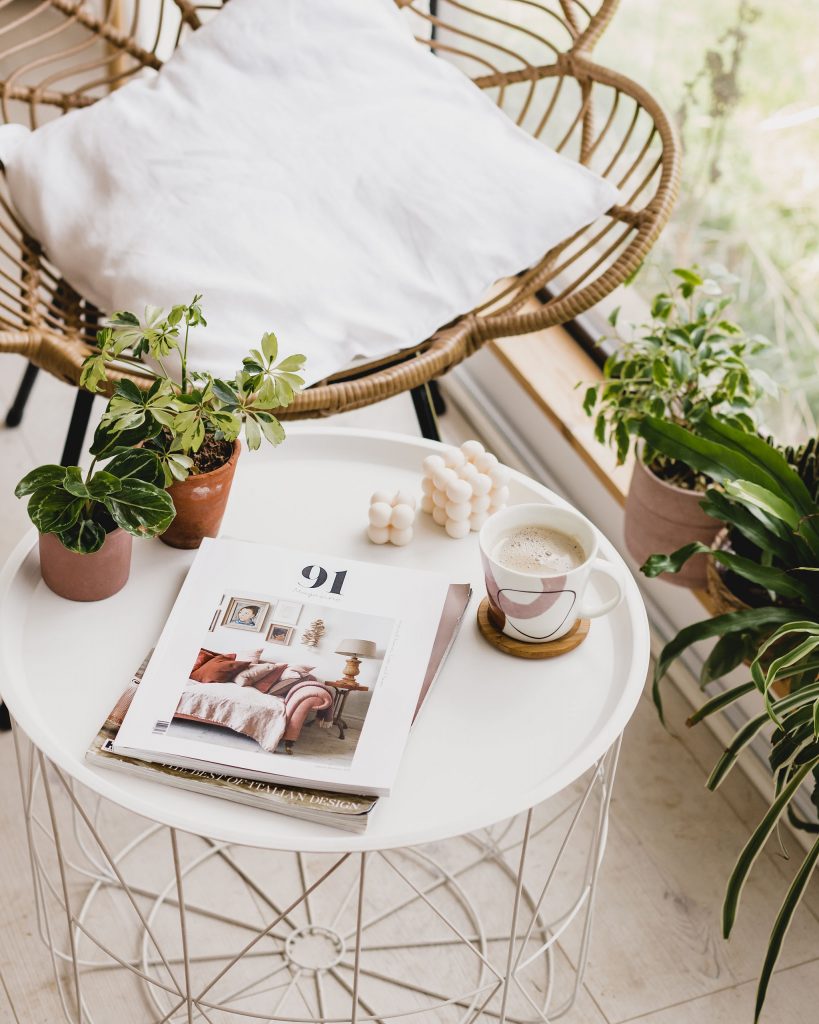 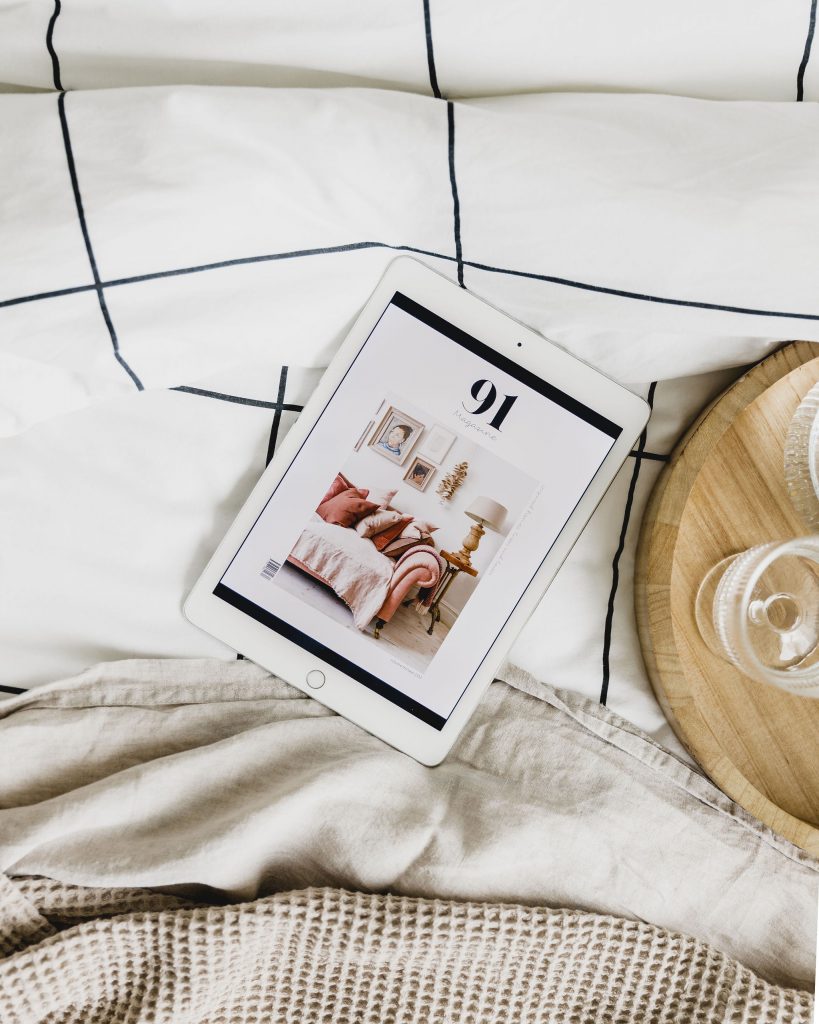 We feature creative interiors from the homes and work spaces of creative people.

We love local and independent, and are proud to seek out those carving their own path.